For some reason, when someone is pregnant, all etiquette goes out the window. Strangers kindly reach out to touch your bump, not the mention all the swell “advice.”

While I was pregnant, there were so many comments I received that just made me CRINGE! So many times I stopped and mumbled “er-thanks?” All the while I was thinking seriously?? This usually happened whenever I would pop out into the public. Grocery shopping, shopping for clothes, OB appointments, you name it. It’s like you could never hide! Which I guess, is kind of hard when you’re the size of a whale.

Most people don’t even stop to think of what they are saying. A lot think that they are being funny, or nice. It is great to be nice of course, but if you find yourself saying these things, do all pregnant women a favor and just… try not to.

Things you should never say to a pregnant woman:

For some reason I got asked this so often, I’m guessing because of my age. Why is this a cringe-worthy statement? For one, you’re literally asking someone about their sex life. Don’t ever do that. For two, why does is matter to you if it was planned? Planned or not, becoming a parent is indeed a miracle. Asking if it was planned takes that fact away, like it is something that should never have happened.

It is? I’m dead? Oh, wait, you think because I’ve had a baby my life is now diminished to a black hole void of all hope? My life is just beginning Susan thanks.

I had this phrase repeated to me a lot. Usually by people who either didn’t have kids or who had kids 50 years ago. However, new parents never want to hear this. Like I previously said, becoming a parent is a miracle. Now, it isn’t all rainbows and sunshine. Sometimes it is sleep deprivation and poop. However, it is a special time. Your life isn’t over. It isn’t a death sentence.

3. Are you sure you aren’t having twins?

No, I’ve just scarfed down the seventh Big Mac this week because I’m always hungry.

Seriously, I ate three big macs a week quite possibly. I was always hungry. Always. Not to mention being bloated and swollen all the time. There were many times when I would purposely dress up cutely and feel good about myself. This is why that dreaded phrase always tore me a little. It is totally unnecessary. Don’t comment on a girls weight!

Conversely, I’ve been throwing up all day every day because whoever said “morning” sickness is a LIAR!

Being a pregnant woman, most worry all the time about their little fetus. Worrying about being “too small” is just another thing they don’t need to worry about!

5. When my sister/cousin/niece twice removed had a baby….

No. Things have changed. Eating peanut butter won’t give her allergies. Thanks for the advice, though.

I still think my favorite though was “my daughter in law ate a lot of sushi while she was pregnant and that is why my granddaughter is allergic to strawberries and peanut butter!”

Many feel the need to give unasked for advice about all kinds of things. Names, gender, clothes, how to discipline, you name it. Pregnant women have heard it all, and unless they asked you, chances are they don’t want your advice at this present time! So unless asked, maybe just wait.

See also: Early pregnancy symptoms: what you need to know

What things did people say when you were pregnant that you found annoying after a while? Comment below!

13 thoughts on “5 things you should never say to someone who is pregnant:” 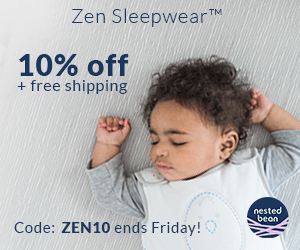